How To Temper Chocolate

Tempering is the process of carefully heating and cooling chocolate so that after cooling it will display a crisp texture, shiny appearance and stability at room temperature. Most chocolate is “in temper” when purchased and will display these hallmarks. If your chocolate has grayish streaks, is tacky to the touch or has a crumbly texture, it is “out of temper”. When you melt chocolate it can loose its temper unless careful attention is paid to temperature fluctuations at certain stages. You need a specialty thermometer – a chocolate thermometer – with a range from 40 to 130 degrees F that shows 1-degree increments for this technique. Currently I use a CDN model TCH 130 Chocolate Tempering Thermometer.

• Start with desired amount of chocolate as stated in recipe and chop it very finely.

• Place about two-thirds of it in the top of a double boiler with gently simmering water in the lower half of the double boiler. Place thermometer in chocolate.

• Occasionally stir very gently to encourage melting, but do not stir vigorously, which will add air.

• Do not allow chocolate to heat above 115 degrees F for bittersweet and semisweet chocolate and 110 degrees F for milk or white chocolate. As soon as the chocolate is almost completely melted, remove from the heat and wipe the bottom of the pot to eliminate any chances of water droplets from reaching the chocolate, which would cause it to seize.

• Add about one-third of the remaining chopped chocolate and stir gently. The residual heat will melt it. You want to cool the chocolate down to 79 degrees F.

• Add the remaining chocolate, in two more stages, if necessary, to cool chocolate further, continuing to stir gently until 79 degrees F is reached.

• The chocolate is now ready to use for dipping truffles, making chocolate decorations etc.

• To test the temper, thinly spread a teaspoon amount on a piece of aluminum foil and allow it to cool. If your room temperature is warm, refrigerate it for about two minutes. The chocolate should look shiny and smooth and break with a crisp snap. Any dull spots, streaks, or a soft texture, indicate that the chocolate is not in good temper.

• Now you must retain the chocolate’s temperature while you are working with it. Try setting a heating pad on low and placing your bowl of tempered chocolate on top of it. Always keep checking the temperature keeping it fluid but not over 90 degrees F. Stir it occasionally to keep the entire amount evenly heated, as it will cool around the edges.

• It is easiest to temper at least 8 ounces of chocolate at a time and it is not that much more difficult to temper two to three times that amount. Take advantage and plan your approach so that if you need tempered chocolate for more than one recipe, you can do them all at once. Any leftover chocolate can be scraped out onto a piece of aluminum foil and allowed to harden; then you can chop it up and fold it into your favorite cookie batter, or save to melt for brownies or other recipes. 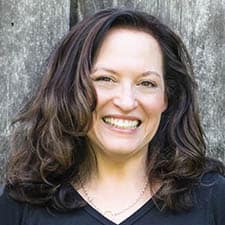