This is an ultra-smooth, not too sweet buttercream and is my frosting of choice – not only because of its exceptionally silky texture and subtle flavor but because it can varied endlessly. You can add chocolate, liqueurs, pureed fruits, juices or even coffee. A stand mixer is best for this recipe as the meringue will have to whip for quite a while to cool; a candy thermometer is also helpful. It is vitally important that any cake frosted with this buttercream be served at room temperature or the texture and flavor will suffer; there is so much butter in it that it will be stiff and unpleasant on the tongue. Once brought to room temperature, however, it is silky and light and luscious. This recipe makes a very generous amount – plenty to fill and frost a 3 or 4 layer cake plus lots of swirls and decorations on the outside. It freezes very well so any extra can be stored for later.

Place 1 cup of sugar and water in a small saucepan. Stir to wet sugar. Bring to a boil over medium-high heat, swirling pan occasionally. Dip pastry brush in cold water and wash down sugar crystals from the sides of the pot once or twice. Allow sugar mixture to simmer gently as you proceed with egg whites.

Bring the sugar/water mixture to a rapid boil and cook until it reaches 248 to 250 degrees F. As syrup cooks check visual clues to assess temperature: it starts out thin with many small bubbles over the entire surface. As the water evaporates the mixture will become visibly thicker. The bubbles become larger and pop open more slowly. At this point the syrup definitely looks thickened, but it has not begun to color; this is the firm ball stage. If you drop a bit of the syrup into a glass of cold water it will form into a ball. When you squeeze the ball between your fingertips it will feel firm and the syrup is ready.

Pour syrup in a thin, steady stream directly over meringue. Do not pour any on the whip or the sides of the bowl. Whip meringue until cool to the touch; this could take several minutes. With machine running, add butter a couple tablespoons at a time. Keep beating until the buttercream is completely smooth. Buttercream is ready to use. Any flavorings may be added at this point; variations are given below. Refrigerate up to 1 week in an airtight container or freeze up to 1 month. If frozen, defrost in refrigerator overnight and bring to warm room temperature before re-beating. Always re-beat before using.

Tip: Temperature is crucial with this buttercream. If meringue is warm when butter is added, it will become soupy. If butter is too cold, the buttercream will be lumpy and too firm. If your buttercream is too loose, place the bottom of the bowl in a larger bowl filled with ice water. Check every few minutes until texture firms up, then whip until smooth. If the mixture is too stiff, just keep whipping, it might smooth out. Alternately, you can also aim a hot hair dryer at the outside of the bowl to warm up the buttercream quickly. Or, place a cup of buttercream in the microwave for a few seconds until it begins to melt, then add it back to the larger amount to smooth out texture. The ultimate texture should be soft, spreadable, with no lumps; somewhere between peanut butter and mayonnaise. If you have refrigerated or frozen the buttercream and need to bring it back to its original texture, follow these suggestions above as well. If you have a good feel for baking, you can also place the mixer bowl directly over a very low heat on the stovetop, folding the buttercream over itself all the while, and warm it up until it is just beginning to melt around the edges, the beat until smooth. When “reconstituting” buttercream in this way, I prefer to use the flat paddle attachment.

Add 12 ounces of melted and cooled white, milk, semi-sweet or bittersweet chocolate towards end of beating. Whip until the chocolate is thoroughly incorporated.

Dissolve 2 tablespoons instant espresso powder (such as Medaglia d’Oro) in 2 tablespoons boiling water or warmed Kahlua. Add towards end of beating, whipping wel to incorporate. The coffee flavor can be adjusted up or down according to your liking. 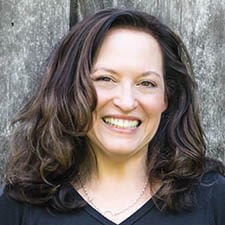