I have written three Dummies books (yes, the black and yellow titles) – Christmas Cooking for Dummies, Appetizers for Dummies and I wrote the Japanese chapter for Cooking Around the World for Dummies. In the Christmas book there is a breads chapter, which is where this recipe first appeared. They are spicy and moist and I find myself thinking about them during the colder months. The crystallized ginger is not necessary, but it is a nice touch. I buy mine in bulk at Whole Foods to keep the cost down. It can be sticky to chop – spritz your knife with nonstick spray for easier mincing. The kids can mix and stir and seem to love placing the paper liners in the muffin cups. Note that in the photo I used traditional fluted paper liners as well as these newer ones which are sometimes referred to as “tulip” shape and sometimes as “café style”. I love them. I got mine from King Arthur and they come in brown, red and white.

Stir together flour, baking soda, ginger, cinnamon, salt and cloves in a bowl.

Beat butter with flat paddle attachment of mixer until creamy. Add sugar gradually and beat on medium speed until light and fluffy, about 2 minutes. Scrape down mixture and add molasses; beat 30 seconds. Beat in egg.

Divide batter equally among muffin cups and bake for about 18 to 20 minutes. A toothpick inserted in the center of a muffin should just come out clean. Cool pan(s) on cooling rack. Serve warm or at room temperature. (Make these way ahead and pop them into a zip-lock freezer bag. Freeze for up to a month, defrost and re-warm).

TIP: Stir together the dry ingredients the night before to give yourself a head start. The other ingredients can be measured out ahead of time as well.

GOING ALL OUT: Stir together room temperature butter and orange marmalade to make a tasty orange butter to serve with the muffins.

If you would like to top them with a rosette of Cream Cheese Frosting, it is a nice addition. 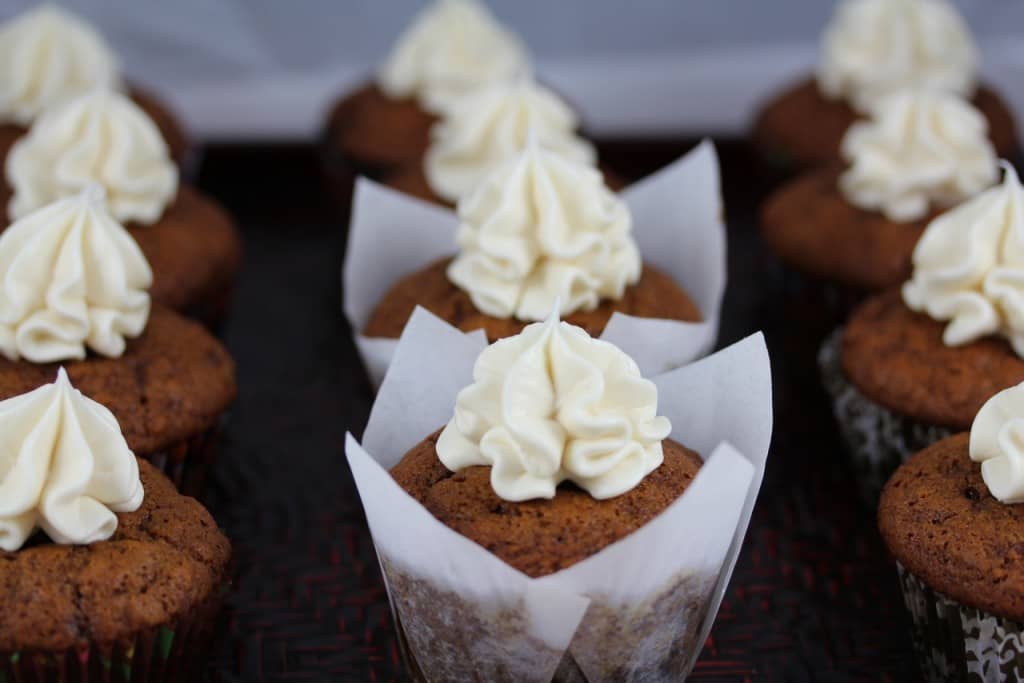