Here’s a little bit about me: first in a bio and then there is a list of stories through which you can learn about how food has shaped my life and continues to inspire me. Stories about the first recipe I ever mastered, how my first trip to France had me literally swimming in wine (actually my second trip was not so different LOL) and how my dogs receive a very specialized cuisine. These are my memoir in short story form.

Dédé was a Contributing Editor to Bon Appétit magazine, for which she has written articles as well as made frequent television appearances on TODAY and Dr. Oz among other shows. Dédé was also the on-air representative for Bon Appétit magazine on HomeShoppingNetwork. She has worked professionally for more than 30 years as a restaurant chef, bakery owner, caterer, recipe developer, radio talk-show host, spokesperson, and frequent television guest.

Dédé was the host of Seasonings with Dédé Wilson, a 52-episode, nationally syndicated public television cooking show, as well as the 13-episode public television series The Holiday Table. She also hosted a monthly Bon Appétit segment on CBS’s The Early Show during 2007 through 2009.

Dédé is also the founder of Bakepedia.com, “The Baker’s Resource”.

One of my sons, Freeman, graduated from the CIA (Culinary Institute of America) in Hyde Park, NY. 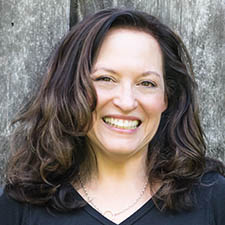